Each Earth Day Valley Box looks for environmentally sustainable ways to give back to the San Diego community. In years past we've planted trees along the San Diego River. This year we wanted to do something different. It just so happened that during a Lean Manufacturing meeting focusing on waste reduction the Valley Box team had started discussing ideas for using the scrap plywood that would otherwise be destined for recycling at Waste Management.

Alicia Guillette, Vice President at Valley Box, called up our friends at the San Diego River Park Foundation. An organization of people who champion the creation of a river park system that celebrates the San Diego River's unique natural and cultural legacy while providing the community with recreational activities and a greater connection to nature.

Valley Box and SDRPF started discussing ideas for donating the scrap plywood in a way that would better the community, and the idea of bird houses were mentioned. SDRPF did some research on the matter and it turned out there was a huge demand for bird sanctuaries along the 52 miles of the San Diego River! SDRPF was in the midst of planning their annual San Diego River Days Youth Day of Service event, and felt the addition of bird house building was a fantastic fit!

Valley Box worked closely with SDRPF to find designs that would be suitable for local species of birds. We settled on houses designed to fit owls, blue birds, wrens and even bats! We then had our engineers draw up the plans and cutting schedules while keeping several key points in mind. 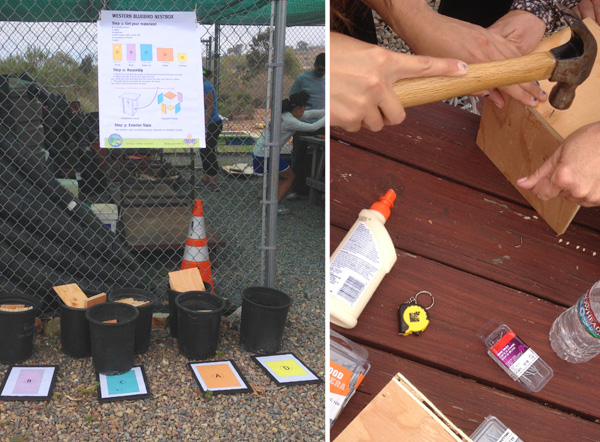 Valley Box wanted to make the assembly of each house easy to follow and understand. After a few test assemblies step-by-step instructions were written and printed out onto big displays for the volunteers to follow. The pieces of plywood were labeled and kept separate in planter buckets (borrowed from the SDRPF shed). Each table was provided with the hammer, wood glue, small tape measure and nails required to build a bird house.

The day of the event was so much fun. SDRPF organized and provided all the tools necessary for 50+ volunteers, parents kids & teens, to rotate in large groups between stations every hour. Stations consisted of; painting trail markers, planting native plants and bird house building. On the day of the event several Valley Box employees donated their time to help the volunteers assemble their bird houses. 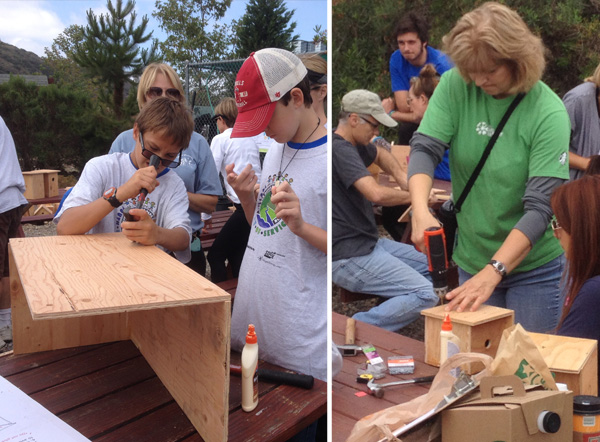 Volunteers dug in and got down to assembling houses. No matter what building experience the volunteer was at they all had a great time. Young kids and their parents worked diligently to assemble each bird house. Some young boys were able to make several houses in the hour they were at the bird house station! 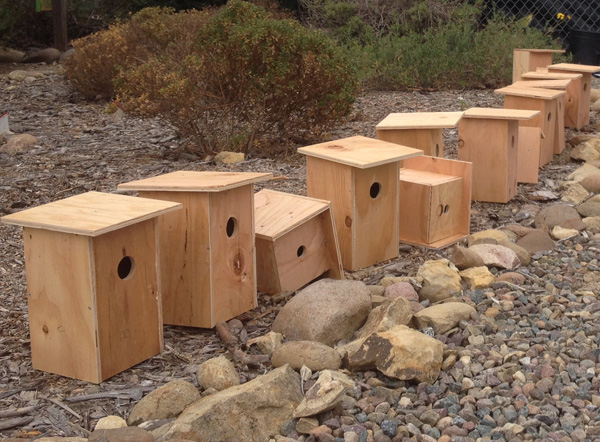 As more habitats become threatened through development, these bird houses will be a safe place in which local and migratory birds can take refuge from natural predators, raise their young, and remain healthy. The houses will act as a critical oasis for bird conservation and preserve birds in the larger local environment.

Later the houses will be hung in trees and affixed to poles along the San Diego River to provide homes for many species of birds. Pole mounts are one of the ways to deter predators because predators have a more difficult time climbing a thin pole than a tree trunk.

If you're interested in helping out there are many ways to get involved with the San Diego River Park Foundation, learn more using the links below: