Originally, billed as the nameless faceless foes to hero Luke Skywalker in Star Wars: Episode IV - A New Hope stormtroopers are a symbol of the Empire's ambition of ruling over the galaxy.

In recent years audiences have been thrust into a behind-the-scenes look at stormtrooper training and sub-culture with Finn in Star Wars: The Force Awakens. It's this candid look that reveals the efficiency, individuality and loyalty of stormtroopers that made us start to think "Hey, a stormtrooper is a lot like a wooden crate!".

In celebration of May 4th, we're taking a look at some of cinema's all-time recognizable soldiers as Valley Box marches into the similarities between stormtroopers and wooden crates! 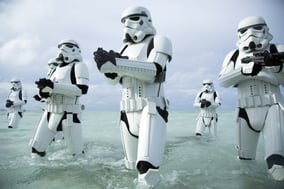 Stormtroopers wear armor constructed from plastoid laid over a black body glove. The outer shell is made up of 18 overlapping composite plates and is specifically designed to disperse energy to deflect blaster bolts. The body glove is a form-fitted full-body piece of clothing. This armor represented some of the best in the Empire and is dreaded by rebel freedom fighters. 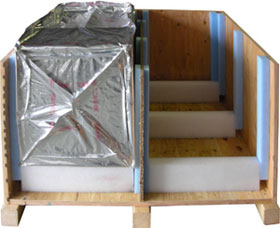 Wood crates are similar, although not developed by the Imperial Department of Military Research. The outer shell of a wooden shipping crate is comprised of plywood and lumber, typically heat treated.

The outer box is specifically designed to disperse energy from impact to protect the cargo housed inside. Additionally, for parts susceptible to corrosion a vapor barrier bag can be added for form-fitting full-coverage protection.

Much like the stormtrooper armor, Valley Box's wooden crates represent the best in the Industry and are dreaded by competitors! 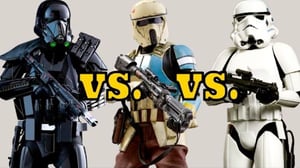 Many people may think that stormtroopers only wear white armor, symbolizing honor and defense, but they'd be mistaken.

In some cases the environment being patrolled influences armor as with the Coastal defender stormtrooper, more commonly known as shoretroopers, who wear tan and are trained for combat in tropical environments. Sandtroopers dispatched to planets such as Tatooine wear off-white armor adorned with an orange pauldron. 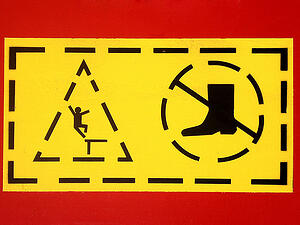 Valley Box's wooden crates can be painted any color and a variety of stencil applications. There are many reasons customers choose to paint their wooden shipping crates: 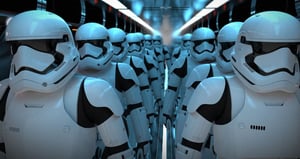 Although stormtroopers all look the same on the outside, they are not clones. The clone soldiers that were created during The Clone Wars aged more quickly than other humans and died prematurely. The clone troopers were replaced by the First Order stormtroopers, who were human conscripts recruited at birth to inspire absolute loyalty to the First Order. 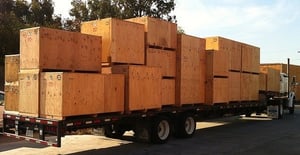 Wood crates can also appear to be the same, especially since they're constructed from similar materials, but they are not identical.

Each crate is designed to meet the specific needs of the part contained inside. This ranges from exterior design changes to internal components used to restrain and support parts. Each crate is loyal to the product inside and will protect it within an inch of its life.