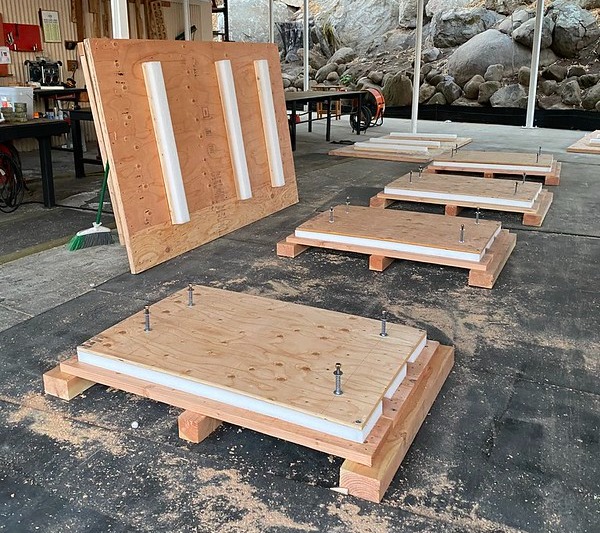 To adequality protect sensitive cargo poly foams are often incorporated into the final wooden container. Foam can be used in direct contact with customer part or in conjunction with wood and steel to fabricate vibration dampening surfaces.

In this post Valley Box will walk you though how one company introduced customer foam insert into their packaging to reduce damage claims from 36% to zero!

Michael Jones, shipping coordinator for a manufacturing company, knew that he had a serious problem on his hands.

Parts were being sent back to his facility at a disturbing rate of 36% by displeased customers due to shipping damage. 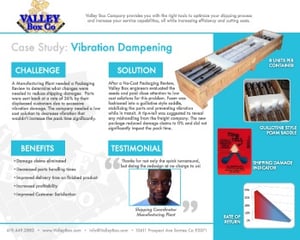 It was clear that his company needed a better wood crate, but he wanted to avoid a significant increase in crating cost and packing time. Little did he know that a lightweight, custom foam insert solution was the answer to all his frustrations.

Fortunately, Jones was headed to a networking event and thought talking to some peers would bring in a few viable options.

Search for a solution

At the event, Jones made it a point to ask around for a referral to a local San Diego wood crate manufacturer. Through word of mouth he learned about Valley Box Company and that they could perform a No Cost Packaging Reviews - where they evaluate the current wood crate for improvements.

The moment Jones got to his office the next morning he called up Valley Box and spoke with Crating Expert Gary Motika who offered, "I can come by today and take a look at your current wood crate and do an evaluation on why the damage is occurring."

At the meeting, Motika took some pictures and measurements of the damaged parts, the existing wood crate and it's internal support. He asked Jones questions to better get to know his exact goals, pain points and packing process.

Jones wanted to first and foremost eliminate all customer claims of shipping damage, since customer satisfaction was a priority. However, Jones didn't want the cost of the crating or the packing time to increase significantly.

Motika went back to his team at Valley Box where they evaluated the damage that was occurring. They concluded that the damage was due to excessive vibration between parts during transit.

Motika suggested using custom foam inserts. This relatively inexpensive material could be fashioned into guillotine-style saddles in order to quickly and easily stabilize the parts and prevent vibration while in transit.

As an additional precaution, he also included a tip-n-tell to reveal any mishandling from the freight company. A prototype was built for Jones and after initial testing Jones reported zero damages. 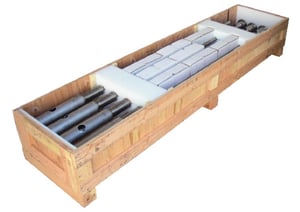 Once the new design with custom foam inserts was implemented Jones found that his #1 goal had been met, the new package eliminated all customer damage claims.

Additionally, the cost of the additional custom foam inserts were modest and was offset by the fact the packing time actually decreased. Ecstatic Jones called Motika to say, “Thanks for not only the quick turnaround but doing the redesign at no charge to us!”

Jones went on to talk about how his manufacturing company's delivery-time on the finished product also improved, which in turn improved customer satisfaction and increased profits. Jones was hooked, now a advocate for Valley Box he claimed, "If anyone asks me I'd tell them let Valley Box handle your crating redesign!"