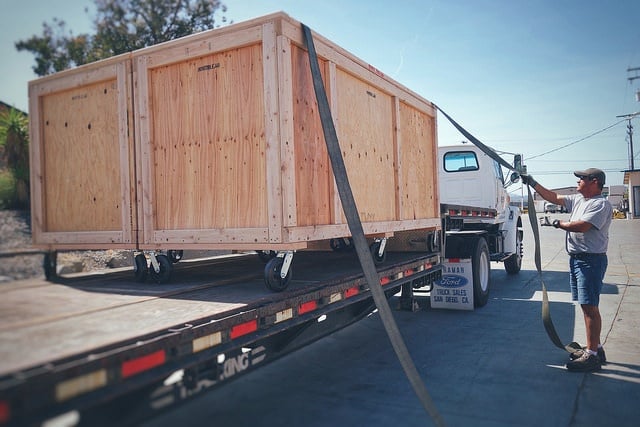 1. “Plans are nothing, planning is everything.” Dwight D. Eisenhower

"Ike" was an American Army general and statesman who served as the 34th President of the United States. A five-star general in the United States Army he was responsible for planning and successfully invading regions in Europe in 1945. Eisenhower was a planner and he reaped the benefits and you can too! Planning ahead and knowing your supplier's lead times will help you avoid delayed deliveries of your crating solutions

The legendary musician Frank Zappa, characterized by nonconformity and free-form improvisation, would definitely agree that when stock sizes won’t do, crating solutions should be custom designed based on specific information about your product.

3. “Life is a journey, not a destination.” Ralph Waldo Emerson

An American essayist, lecturer, and poet Emerson was seen as a champion of individualism and a prescient critic of the countervailing pressures of society. He taught us to look at the whole picture. Emerson would definitely agree that you need to think about the entire journey of your wood crate from the beginning, middle, and end. He would want you to think "How will crating solutions be handled by our employees, the freight company, and the end user?".

4. “It is better to travel well than to arrive.” Buddah

A truly enlightened teacher we've all heard about, Buddah, shared accounts of his life, discourses, and monastic rules. Follow his example, and be sure to determine the elapsed time your product will be en route, in storage, and at your customer's location. This will help you to plan out any long-term preservation your crating solutions may require to adequately protect your product.

The Bible is a collection of scriptures that are considered to be a product of divine inspiration and a record of the relationship between God and humans. One interpretation of the book of Matthew is that God looks inward to our hearts and not just our outward appearance. With this in mind remember the inside of your crating solutions matters just as much as the outside. It's important that you consider the internal technology used to properly secure your product during shipping.

6. “It’s not the load that breaks you down, it’s the way you carry it.” Lou Holtz

7. “Don’t judge a book by its cover.” George Eliot

Mary Ann Evans known by her pen name George Eliot, was an English novelist, poet, journalist, translator, and one of the leading writers of the Victorian era. From personal experience, Mary Ann knew things aren't always what they seem on the outside. Consider the benefits of optional external packaging material such as wood, corrugated, plastic, or steel.

Named the 16th greatest college player of all time by ESPN. Ewing won Olympic gold medals on the United States men's Olympic basketball team & was selected as one of the 50 Greatest Players in NBA History. Don't be envious of what you don't have. Start to familiarize yourself with upgrade options and the benefits associated.

9. “Imagination is the beginning of creation.” George Bernard Shaw

Playwright, critic, and political activist, Bernard Shaw 's scholarly and critical opinion has been recognized for his extensive influence on generations of English-language playwrights. Don't forget to value the crating solutions imaginative design process. Not only can a well-imagined design lead to the beginning of a superior wooden crate, but may reduce overall costs.

10. “Competition is the keen cutting edge of business, always shaving away at the costs.” Henry Ford

Ford was truly an American captain of industry and a business magnate, he developed and manufactured the first automobile that many middle-class Americans could afford. In doing so, Ford converted the automobile from an expensive curiosity into a practical conveyance that would profoundly impact the landscape of the 20th century. Henry Ford would always support buyers by getting competitive quotes for wood crates from more than one supplier.